In honor of Navy SEAL Chad Wilkinson who took his life on October 29, 2018 due to the effects of numerous deployments, several TBIs, blast wave injuries, and PTSD.

2 rounds for time of:

Sgt. Thomas R. MacPherson, 26, was killed in action on October 12, 2012 by enemy forces during a heavy firefight while conducting combat operations in Ghazni Province, Afghanistan. He was leading an assault against an enemy position when he was mortally wounded by small arms fire. MacPherson was a team leader assigned to Company D, 2nd Battalion, 75th Ranger Regiment at Joint Base Lewis-McChord, Wash. He previously served one deployment to Iraq and this was his fourth deployment to Afghanistan. He left behind his beautiful wife wife, Claudia MacPherson, and their son, Brayden. 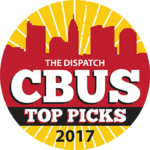